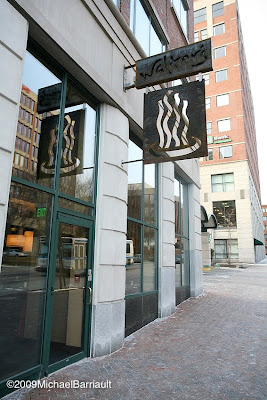 Opening night at the new Walter's is just around the corner. And I'll be there shooting in the kitchen &maybe more.  Jeff & Cheryl Buerhaus and their contractors are working feverishly to get the doors open.  The liquor license came thru today. 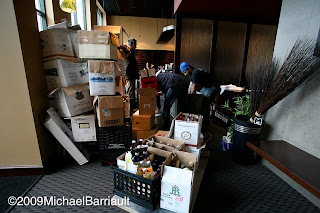 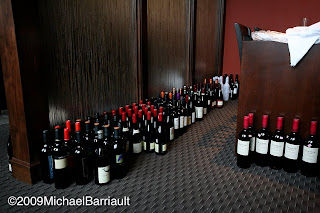 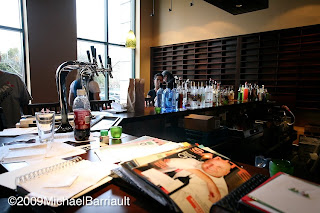 The bar area will feature a wall of wine at the far end.
They plan on two private dinners on sunday and monday evenings for their contractors and family & friends as a shake out before opening to the general public on tuesday.  For those of you who ate at the old place on Exchange street, this space will be a real shock.  It has not only a totally different feel but also a different feel to any other space in Portland. 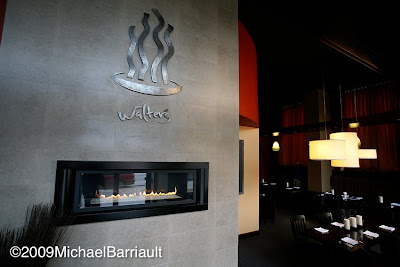 More modern, less brick ( ah, no brick ) but wood, both overhead and in the seating.  A warm inviting entrance, with a bar to the left and tables to the right and a lovely low key fire place in the middle of the wall opposite the doors.  With a brand sparkling new kitchen the food should be as good or better then before and the service should be easier on the wait staff. 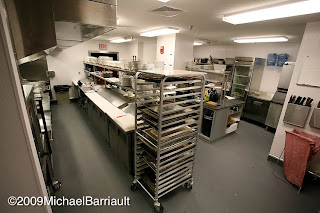 As with any new opening there could be last minute snags, so best to call first:  207.871-9258.
Again the first night open to the public is December 29th with reservations accepted on the 27th.
Posted by DoDa! at 6:19 PM