This is the first in a series of lunch posts from different areas of Portland. Not intended to be fully comprehensive, either geographically or within the small areas of a particular post, it is rather a series of small bites. It will be varied by types of food, a mom and pop store, a lunch cart, a good restaurant  all nearby each other as an example. And as usual it will be heavy on images and lite on words.


India & Middle Streets the heart of the old Italian neighborhood meets the Old Port. It's home to Amato's sandwich shop and Micccci's grocery store. One not much different from when I came to Portland in the mid 70's and one, Micucci's which has evolved into something more... a little hipper. 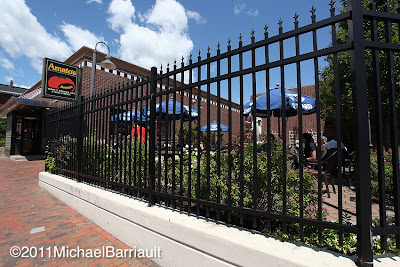 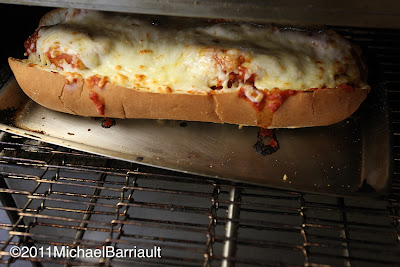 Micucci's, I lived in the West End, but came here to buy food a lot. Cheese, cold cuts, olives, bread, chocolate & wine.  Things a just dropped out of college age kid would be looking for.  You can make a nice little picnic with those. Add a pretty girl and a nice secluded ocean view, (way before gentrification ) a sunny afternoon passes easily. Now days Steve Lanzalotta, author of "The Diet Code", has a little bakery in the back as well, where you can get pizza made from his "Luna bread dough".   Light as a feather, puffy and a really nice homemade tomato sauce.  Breads come out all day and cannoli and other traditional Italian pastry as well. 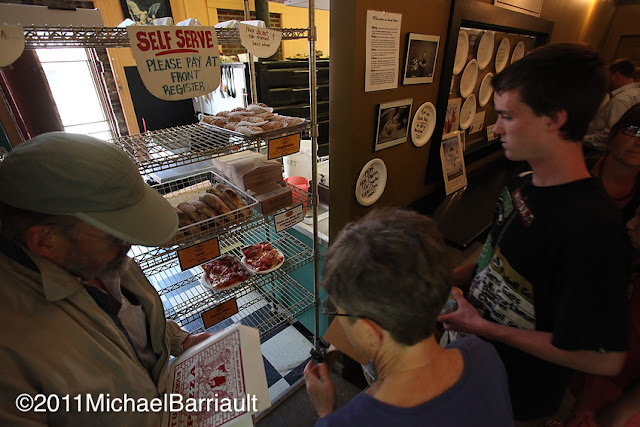 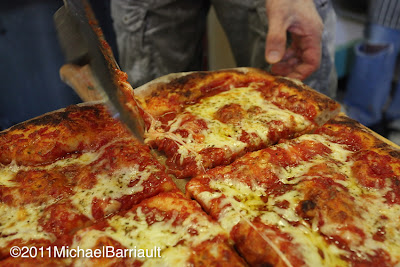 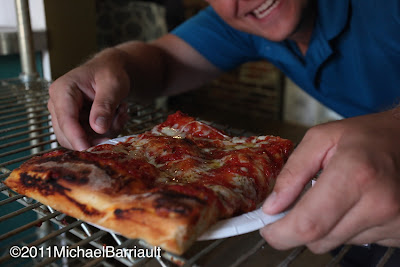 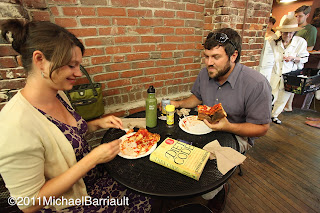 Middle Street starts at India and runs across the Franklin Arterial to the Old Port. But this one block section has added a few restaurants over the years and you can have lunch at Duck Fat, the little brother to Highly regarded Chef Rob Evans, Hugo's.  I go here for the hand cut Belgian fries and a Stella. Get the Beignet's for dessert.
Right next door is the new guy on the block, The East Ender. Opened by Mitch Gerow & Megan Schroeter, in early January, it's two floors offers plenty of flexibility for both bar and table spacing. M&M both worked at Evangeline before Eric closed the doors, so they both know what a high quality bistro/restaurant should look and feel like.  Indeed as I was taking pictures of a couple at  an outside table, their salad and Trout fritters arrived, and the man immediately began waxing rhapsodic about the fritters. When a friend of mine and my wife came thru town a week later we had lunch at East Ender and confirmed his opinion. In fact all our three dishes, the fritters, the lobster nachos and a salad with buttermilk dressing were 1st rate! 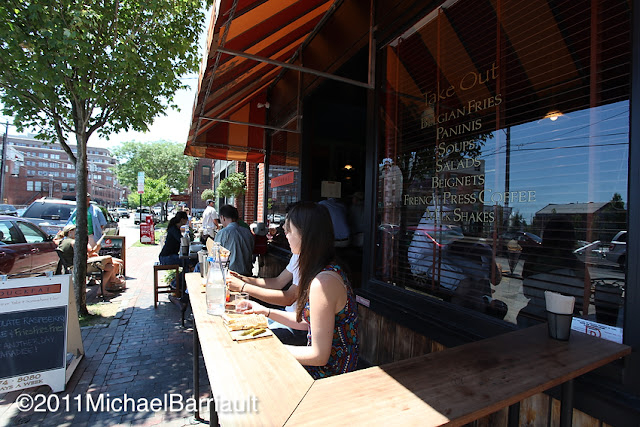 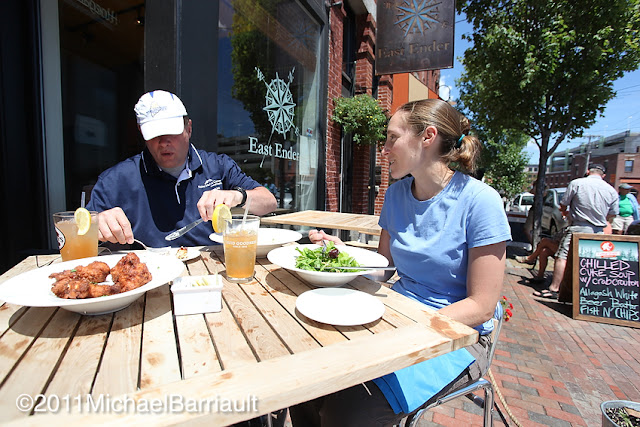 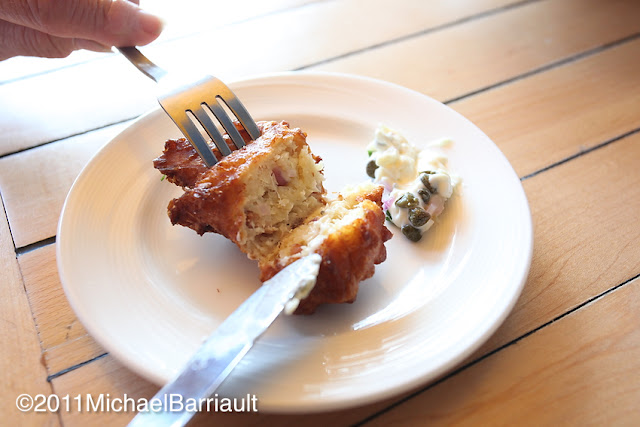 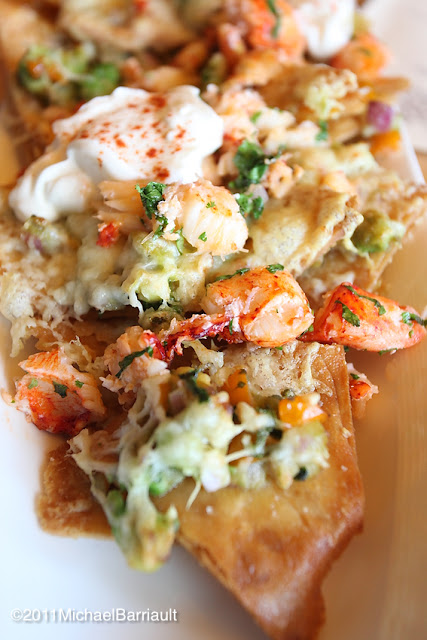 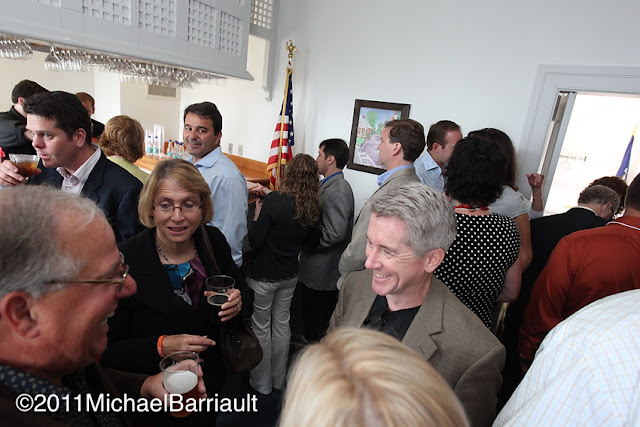 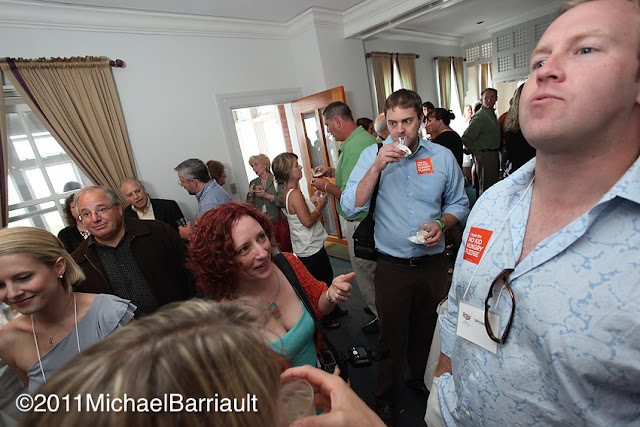 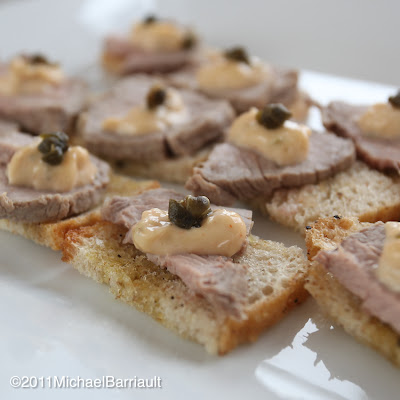 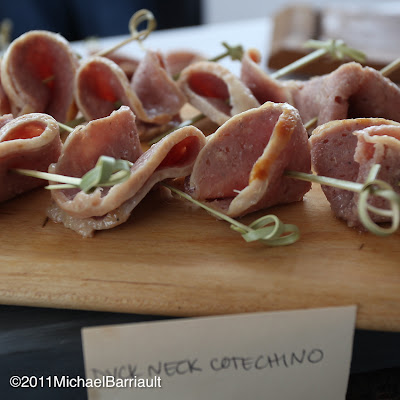 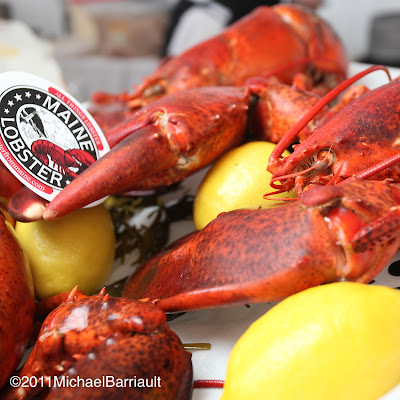 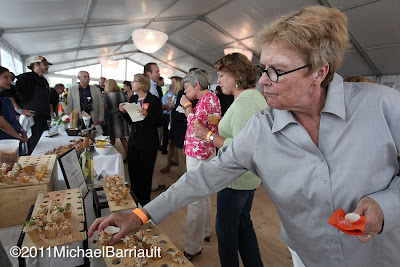 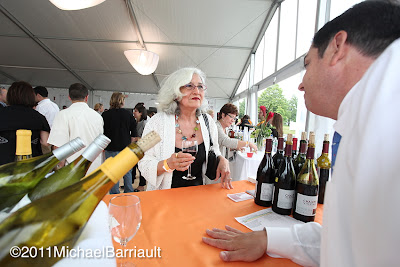 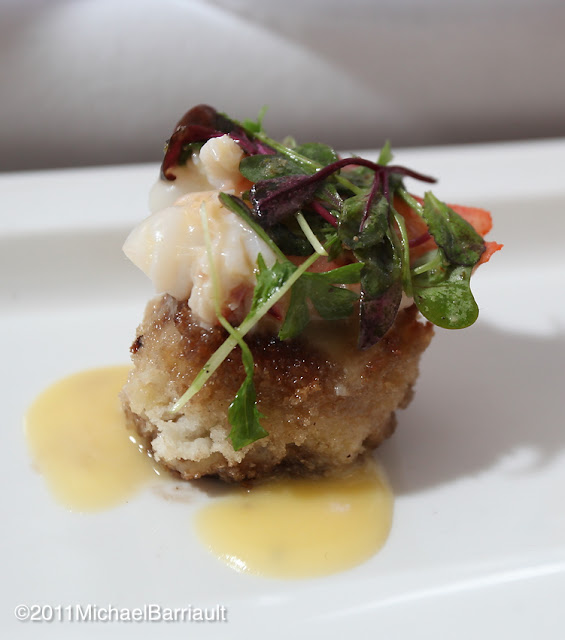 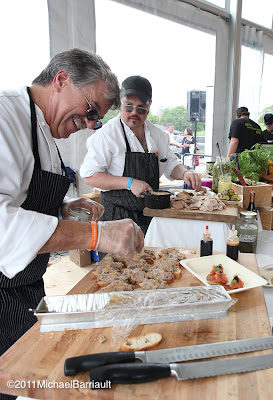 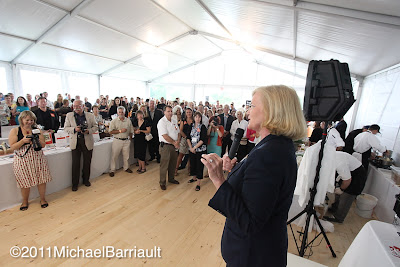 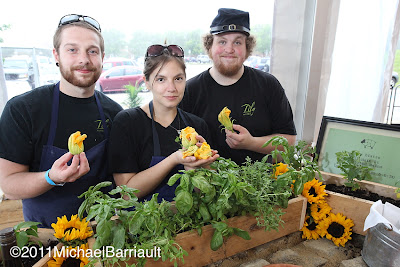 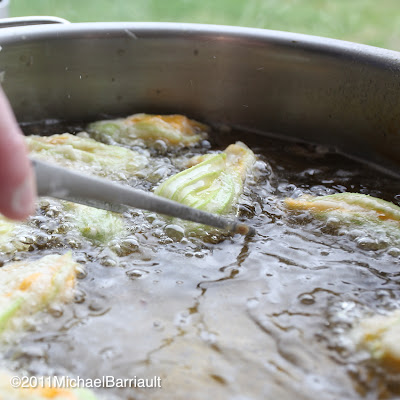 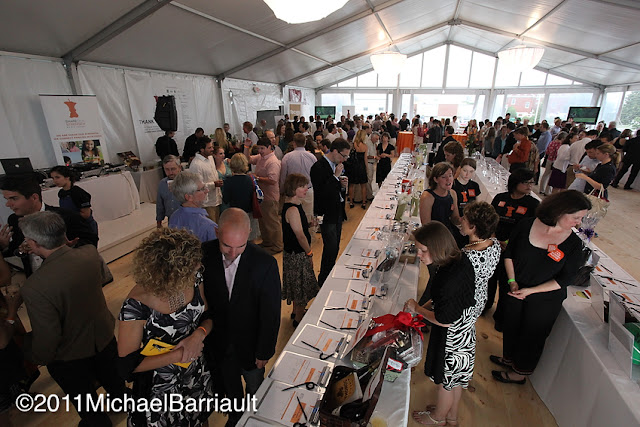 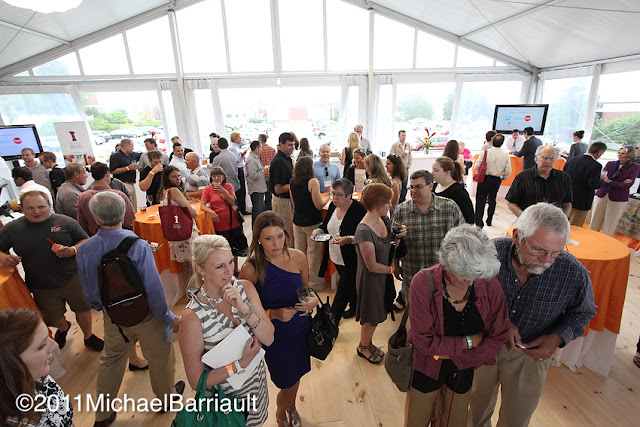 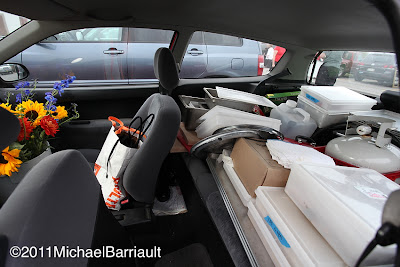 It's 3:17 and while I'm not hungry, I am tired. I'll added some links to the restaurants and post more to flickr tomorrow sometime.
LINKS ARE IN.
Posted by DoDa! at 3:14 AM 1 comment:

Email ThisBlogThis!Share to TwitterShare to FacebookShare to Pinterest
Labels: Taste Of The Nation 2011
Older Posts Home
Subscribe to: Posts (Atom)