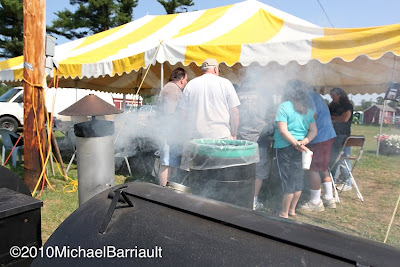 I spent part of the day friday at the Raitt Family Homestead in Eliott spying on the highly regarded. Pitmasters Class led by two legends of Kansas City barbecue, Kansas City “Baron of Barbecue” Paul Kirk and Ardie Davis, founder of the American Royal Barbecue Sauce Contest. The all day seminar on all things BBQ kicked off this weekends events at the Celebrate Maine Festival. 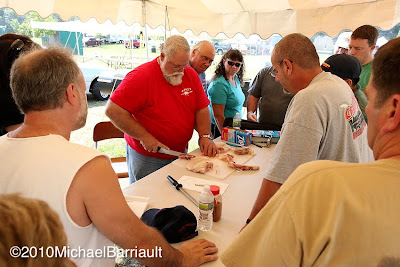 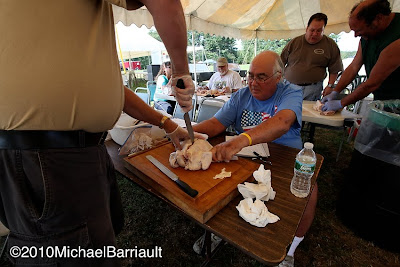 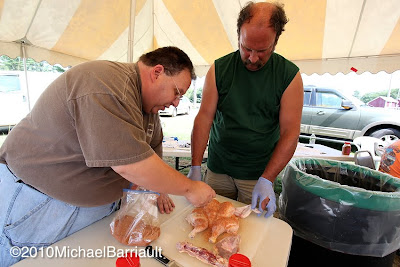 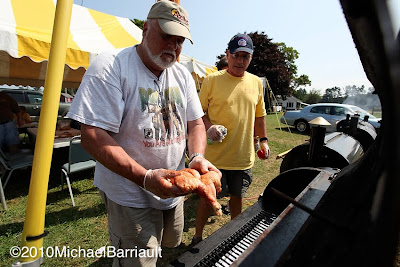 This years 2nd annual Mainely Grillin’ and Chillin’ BBQ Competition (http://www.mainelybbq.com), held in conjunction with the Celebrate MAINE Festival (http://www.celebratemainefestival.com/) at the Raitt Homestead Farm Museum in Eliot, Maine (2077 State Rd.), will have 44 competing teams this weekend, a coup in barbecue circles, particularly given the fact that Maine is geographically so far out of Southern states’ “barbecue orbit.” 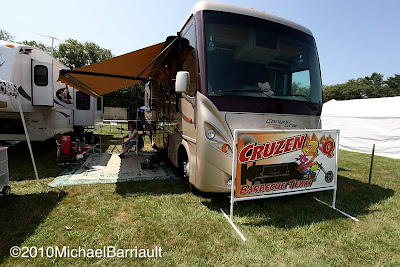 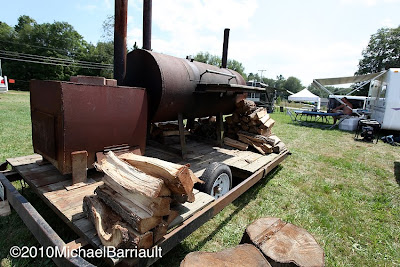 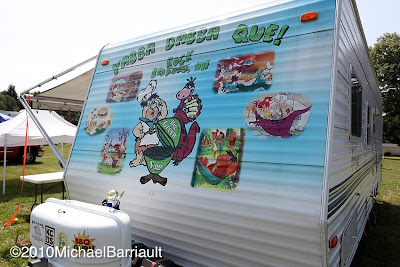 On Sunday, August 8, certified Kansas City BBQ Society (KCBS, http://www.kcbs.us/) judges from all over the country will take stock of the competition and determine the 1st, 2nd and 3rd place winners in four categories—pork, ribs, chicken and brisket. More than $3,200 in cash and prizes will be awarded.
The winner of the 2009 Mainly Grillin’ and Chillin’ Competition, IQUE, went on to win the 2009 Jack Daniel’s World Championship Invitational in Lynchburg, Tennessee, one of the most prestigious in the industry. 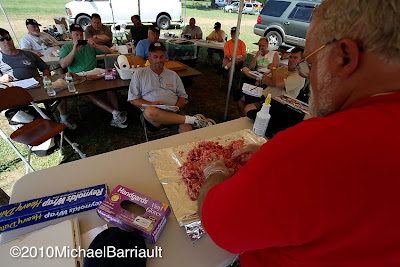 Chef Paul Kirk shows just how easy it is to roll out a sausage. 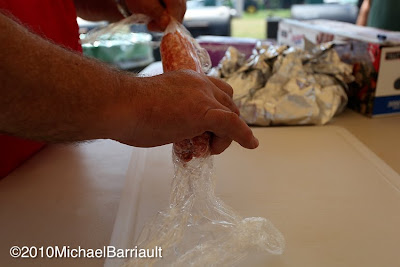 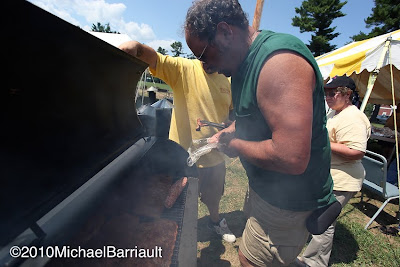 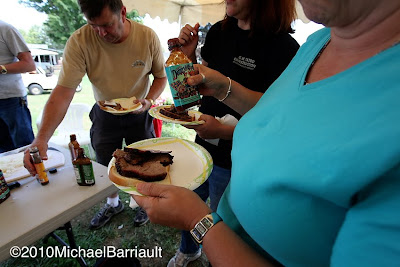 Raitt's is easy to get to just a few miles west of the Maine turnpike on route 236 at the junction of Rte103. Signage was very easy, parking is free and there are activities for the kids as well. A civil war encampment is also happening for you history buffs. 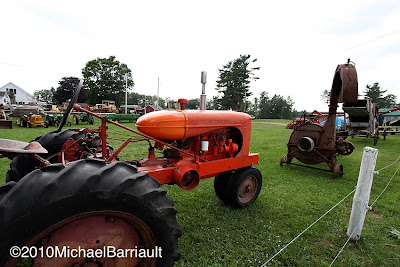 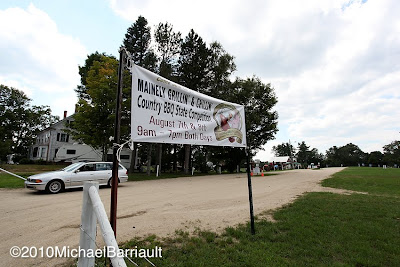 I'll be coming back down for Sunday's competition, takin' some pics and eatin' some BBQ.
If your coming from away there is camping on site.
I
More info:   http://www.celebratemainefestival.com/
Daily Schedule:   http://www.mainelybbq.com.
Posted by DoDa! at 9:24 PM