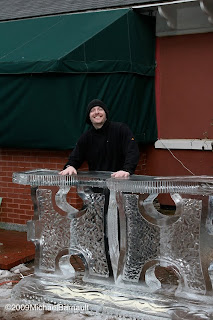 Standing around in the nice warm sun on a January day in Maine, watching the ice melt, might seen ideal for some, but not for Earl Anthony Morse, Executive Chef at the Portland Harbor Hotel. Not when he's less then 48 hours from the opening of the annual Ice Bar at Eve's in the Garden and he's got three ice bars two large sculptures and and a bunch of sponsors logos to carve out of several tons of ice.  With the warm days and sun he'll be working thru out the night and right up till the thursday evenings opening of this 3 day charity event.  What to expect? Gleaming ice bars, fire pits and ice sculptures. Martinis, beers, bourbon and wines. Eve's Executive Chef, Earl Morse, will execute all of the ice sculpting as well as be preparing an extensive array of foods served during the event. The Ice Bar is ticketed, cash bar, with complimentary foods. Tickets sold at the door. Revenue from ticket sales benefits three local non profit organizations plus the Haitian Relief Effort. 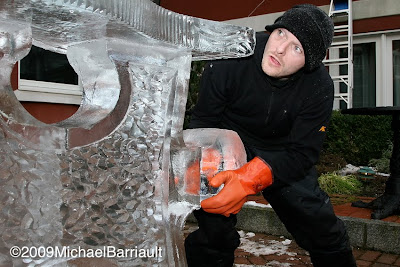 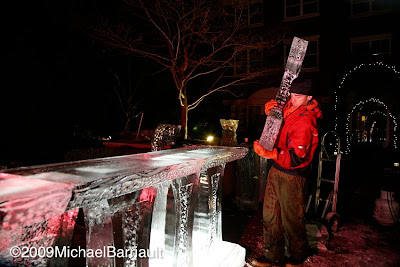 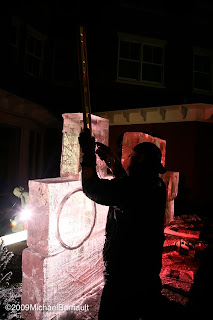 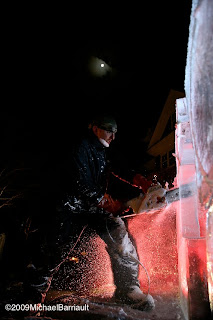 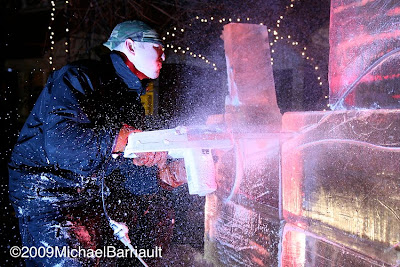 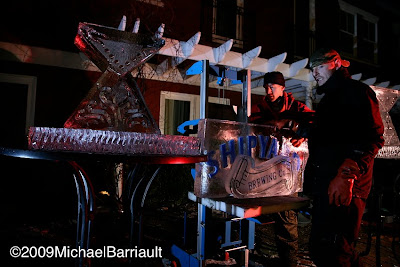 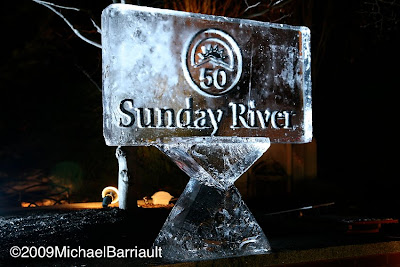 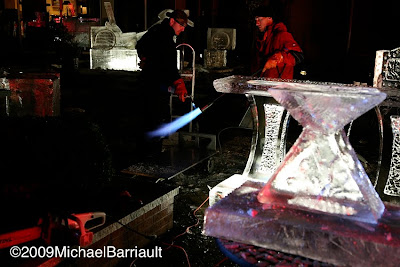 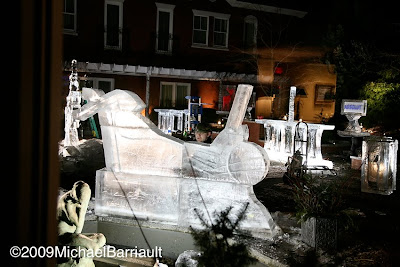